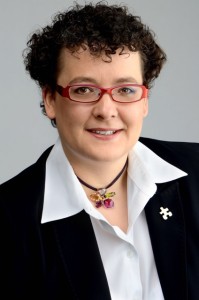 We are very happy to announce the expansion of our activities in the German capital region by a special track held in English. It complements our “regular” German events in a city with thousands of professionals from all over the world. Our member Stephanie Barnes joins Günter Hartmann and Ute John as a regional representative of GfWM focusing on organizing the English track.

Stephanie Barnes relocated to Berlin from Toronto in October 2015. Stephanie has been an independent knowledge management consultant since leaving Hewlett Packard in October 2003. She has written two books, numerous articles and chapters, as well as spoken at conferences worldwide.

When Stephanie lived in Toronto, she co-founded a Knowledge Workers Meetup group with two other consultants (Connie Crosby and Martin Cleaver). The group in Toronto has been running since January 2009 and currently has over 900 members, although average meeting attendance is 20-25 people. The group has hosted a variety of local and international speakers at it’s events, which are often held in a private room in a pub to keep the atmosphere relaxed and enable an open exchange of ideas.

Now that Stephanie is more settled in Berlin, she is starting an English KM Community modeled on the group she co-founded in Toronto on behalf of GfWM. The group is part of the GfWM regional activities. The Berlin Special Track will be organized through the Meetup platform which reaches the broad non-German as well as also German community in the area. Thus it will give it increased visibility and attract new people to the GfWM. The first meetup is planned for September 28, 2016 and will take place at Moabiter Markthalle. The first meeting will be an informal discussion of what participants would like to see/do as part of the group and will allow us to start to get to know each other better.

We thank Stephanie for taking up the initiative and look forward to seeing you all there. 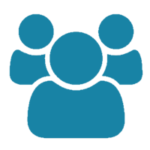